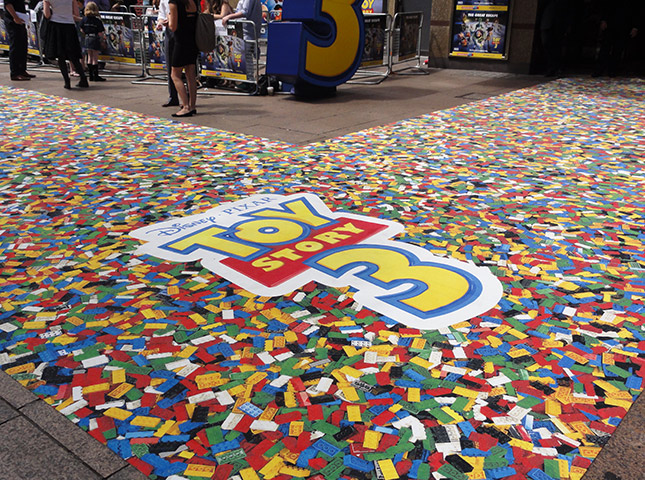 Produced on behalf of Rutters for Brent Carpets. © Disney/Pixar 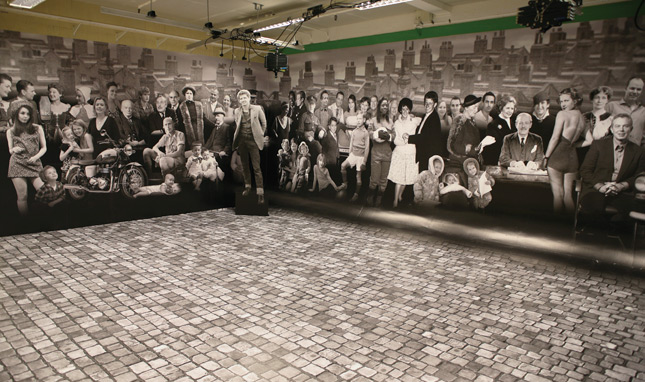 Produced on behalf of Rutters for TwentyTwenty Television 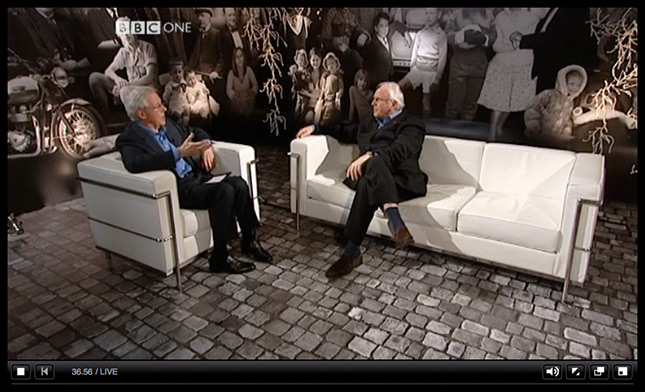 Artwork required for BBC One series 'A Hundred Years of Us' hosted by Michael Aspel, featuring a montaged backdrop of more than 50 characters from the last 100 years, plus a cobbled street floor graphic.

Each character was meticulously cut out and positioned in a large montage - finished size 3 metres high, 14 metres wide. The cobbled floor was also created as a large tiled graphic, carefully montaged to disguise the joins. Both images were printed on self adhesive vinyl and were the first of their kind to be used as set dressing in the studio.

Whether in person or on the phone, the best way to approach any creative project is to talk about your requirements.
Get in touch, we'd love to hear from you!